I have officially had my mind blown during the last week at Burning Man. 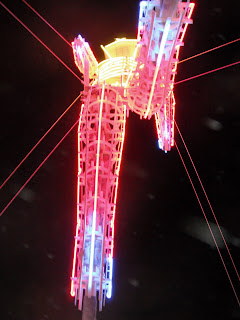 The theme this year was "Rites of Passage." I definitely went through a rite of passage and I've come out the other side of the rabbit hole full of new ideas and enthusiastic to take myself to a higher level of artistic awesomeness.

It's somewhat difficult to express the significance of experiencing Burning Man. You can look at the pictures and see videos, but you really have to be there fully immersed in the madness to really understand how powerful this festival is.

I used to think (and still do..to a certain extent) that Burning Man is a humongous waste of resources and an egregious environmental disaster. People flying in from all over the world, thousands of RVs, trucks, cars, massive generators, so much pollution for a silly party. But when you have experienced it, the profound personal transformation and life changing experiences make up for the egregious use of resources. 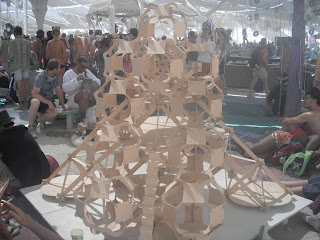 Every day semi trucks snake along highways and jets fly all over the world. Factories are spewing pollution non-stop and people are commuting to their jobs. All this pollution is in the service of advancing consumerism and maintaining the status quo. 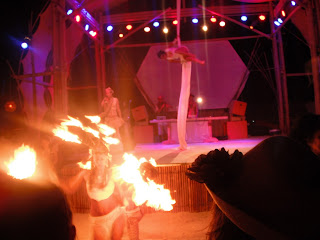 Burning Man blows peoples' hearts and minds wide open. It is a free city where people do as they please. There are all types of people from all parts of the world mixing and sharing ideas. There are mad max type apocolyptic dark energies and there are healers and light workers. There's acoustic jams on the front porch 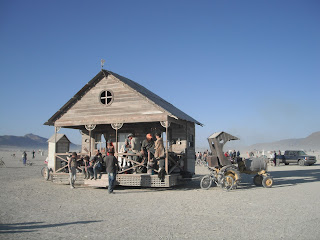 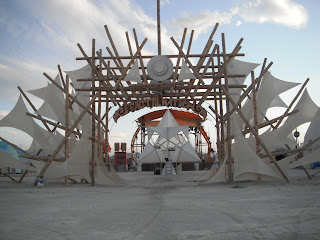 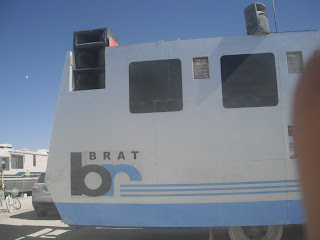 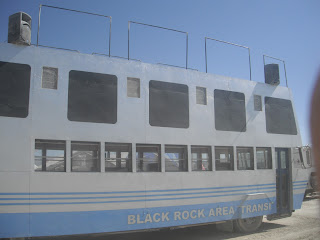 I rode on the disco fish art car and danced the night away. I watched the deathguild duct tape weapon fights suspended from bungee's on their dome. I met a crazy robot. 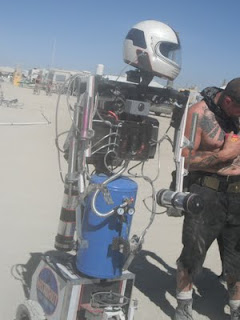 I took a drink of water from a roaming drinking fountain. 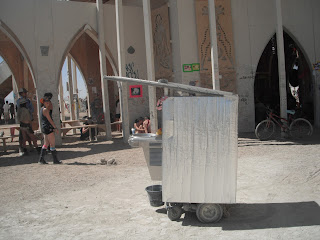 I played on the front porch art car. I saw the sun rise from the temple and heard the amazing earth harp. 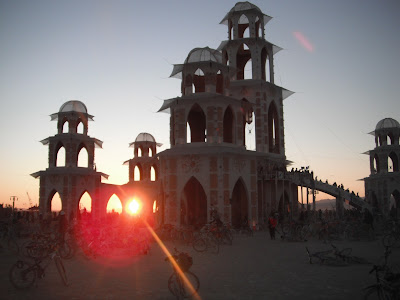 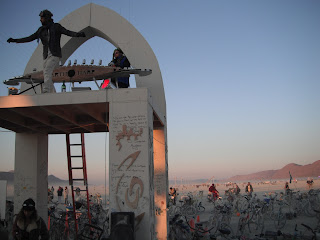 I played with Lucent Dossier Experience at Fractal Nation and the Temple of Boom. I did the music for Poki and Ember's clown duo. I played on the Center Camp Stage.

What I took away with me from Burning Man was a profound shift in why I make art and what my purpose is in this world. I have always held the vision to spread joy and love and laughter through music wherever I go. I still hold this vision, but now I want to take it to the next level. I want to bring the Burning Man asthetic and vibe to the city. I think that is one of the most powerful results of Burning Man. People go and get inspired by the amazing art and they want to bring Burning Man back to their communities and help liberate peoples' hearts and minds to live in love and express themselves fully. 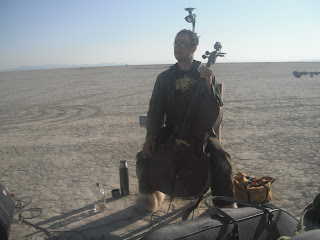 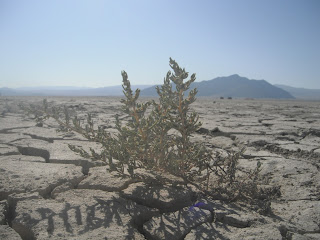 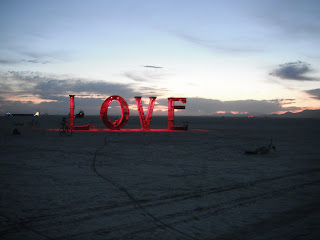 here i am playin so much love at center camp
Posted by Cello Joe at 3:22 PM