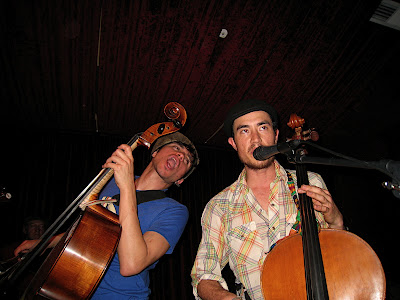 Write up on the Vino Vaquera Blog

from The Vino Vaquera Blog:
http://thevinovaquera.blogspot.com/2013/04/a-musicalmagical-weekend-at-babis.html

Saturday evening the CDW crew & visitors were serenaded by a true Troubadour!s The talented Mr. Cello Joe, the craziest beatboxing cellist in the West, had a jam packed tasting room full of vibrant visitors singing along to many of his original creations throughout the evening. What an extraordinary talent, thank you Cello Joe....your spirit is contagious!!!!

Can you beatbox to a Sebastian Bach classic? This is how we roll in Little L.A. folks.....:) 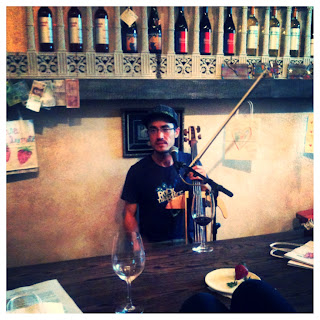 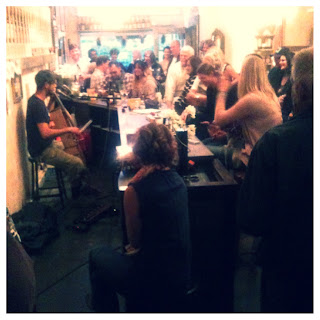 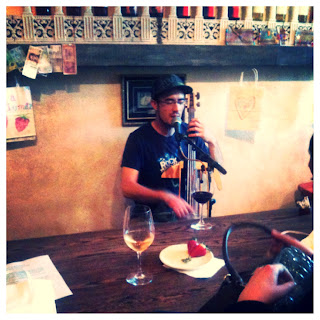 Catch Up With Cello Joe Now!

Last but certainly not least, I would of course like to give a big shout out and thank you to all of our new CDW club members and travelers who came to visit Sonja and I this weekend. We had a blast spoiling you with Sonja's delicious new 2012 vintages. Thank you all for helping to create yet again another magical Little L.A. weekend, we hope to see all of you again soon in our favorite little western town.
Posted by Cello Joe at 12:25 PM No comments:

CelloJoe plays at 5 pm at the Family Garden on Friday April 12.
All the info is at http://lucidityfestival.com
Posted by Cello Joe at 10:27 PM No comments:

Simply stunning and amazing! Yes. this is the best thing i've seen and heard in a long while! Charlie Mgee is truly a genius. I met him at Eclipse 2012 in Australia and we played some shows together in Sydney and Melbourne.

Langton Labs presents Hacked Organic
6p-12a
9 Langton St, SF
$10-15 donation
Facebook event page: https://www.facebook.com/events/168702999948030/
CelloJoe set is at 6 pm.
"Join us for an investigation of art and music dedicated to the melding of traditional instruments and materials and new means of utilizing them. We've gathered musicians, makers and artists who've built their tools to best suit their needs, developed their own unique processes, and/or pushed their mediums to the greatest extent and we'd like to present them to you!
Langton Labs will be transformed into a fantastic art gallery, tea house, and musical venue for just one night. Prints and original works available for purchase. Come by and see what we've stirred up!"

CelloJoe playin at Tourettes without Regrets with Syzygy and Frisco Thursday April 4 2013!

CelloJoe playin at Tourettes without Regrets with Syzygy and Frisco Thursday April 4 2013!


Every first thursday for the last ten yearsTourettes without Regrets (http://touretteswithoutregrets.com) has been entertaining throngs of people with what they call "The Fight Club of performance art!"

Check out the recap from the March show:

March 2010 – Saint Patty’s Day
Despite massive technical difficulties before the show, this was a raucous, crazy show which got people screaming from right at the start and didn’t let up until it was over.
The show started with a round of pants-off musical chairs by the very reluctant judges who nearly got boo’d off stage.
The dirty haiku battle was a HUGE upset, with reining champ Tatyana finally being deposed by Rachel Warner!
The slam had a strong showing, but real-life military sniper Steve Zook brought the house down and took home the money.
Stand up comedy by a 15-year-old and some crazy contests ensued, ending with one man taking a shot of new mother Hezzie’s breast milk.
Syzygy rocked the mic with Asher and a guitarist.
The New Eccentrics presented the magical story of Splenda the (goth) Unicorn.
Rocky Roulette pogo’d his clothes off for all the ladies in the house.
Battle heavyweight Madness stole the spotlight for his feature set, pounding out his lyrics and getting the crowd pumped.
Tantrum and Madness had a freestyle insult round, tearing down 5 unlucky suckers from the audience.
First-timer L-Mo beat out Sosh at the last minute in the battle. It was a great round, and Sosh is shaping up to be a serious competitor, making it to the finals his first two times at Tourettes.
The shows just keep getting better, so come check it out in April!
Posted by Cello Joe at 12:15 AM No comments: